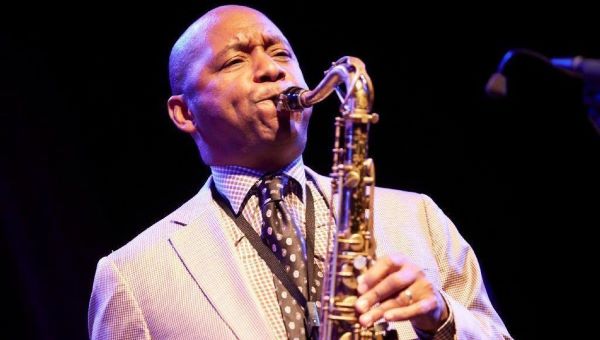 About Brandon Marsalis
Branford Marsalis continues to thrill audiences around the world while racking up achievements across diverse musical platforms, even after four decades in the international spotlight. From his initial recognition as a young jazz lion, he has expanded his vision as an instrumentalist, composer, bandleader, and educator, crossing stylistic boundaries while maintaining an unwavering creative integrity. In the process, Marsalis has become an avatar of contemporary artistic excellence—winning three Grammy Awards, a Tony nomination for his work as a composer on Broadway, a citation by the National Endowment for the Arts as Jazz Master, and a 2021 Primetime EMMY nomination for the score he composed for Tulsa Burning: The 1921 Race Massacre.
Growing up in the rich environment of New Orleans as the oldest son of pianist and educator, the late Ellis Marsalis, he was drawn to music along with siblings Wynton, Delfeayo, and Jason. The Branford Marsalis Quartet, formed in 1986, remains his primary performance vehicle. With pianist Joey Calderazzo, bassist Eric Revis, and drummer Justin Faulkner, the quartet has established a rare breadth of stylistic range as demonstrated on its latest release: The Secret Between the Shadow and the Soul.

About the Candler Concert Series
Made possible by a generous gift from the late Flora Glenn Candler, the Candler Concert Series brings internationally renowned artists to the Schwartz Center for Performing Arts at Emory University. Candler artists range from large ensembles to solo artists and come from a wide variety of musical genres.
All concerts are presented in the Emerson Concert Hall of the Schwartz Center for Performing Arts (1700 N. Decatur Rd., Atlanta, GA 30322). Select concerts will also be presented on the Schwartz Center Virtual Stage.

The Schwartz Center for Performing Arts is committed to providing performances and facilities accessible to all. The Schwartz Center follows the Emory Visitor Policy with additional guidance from the Emory Health and Safety Office (EHSO). All guests must follow posted safety protocols including proof of vaccination or a negative COVID-19 test result and the wearing of a properly fitting mask over their nose and mouth while indoors. Full details available at schwartz.emory.edu/FAQ