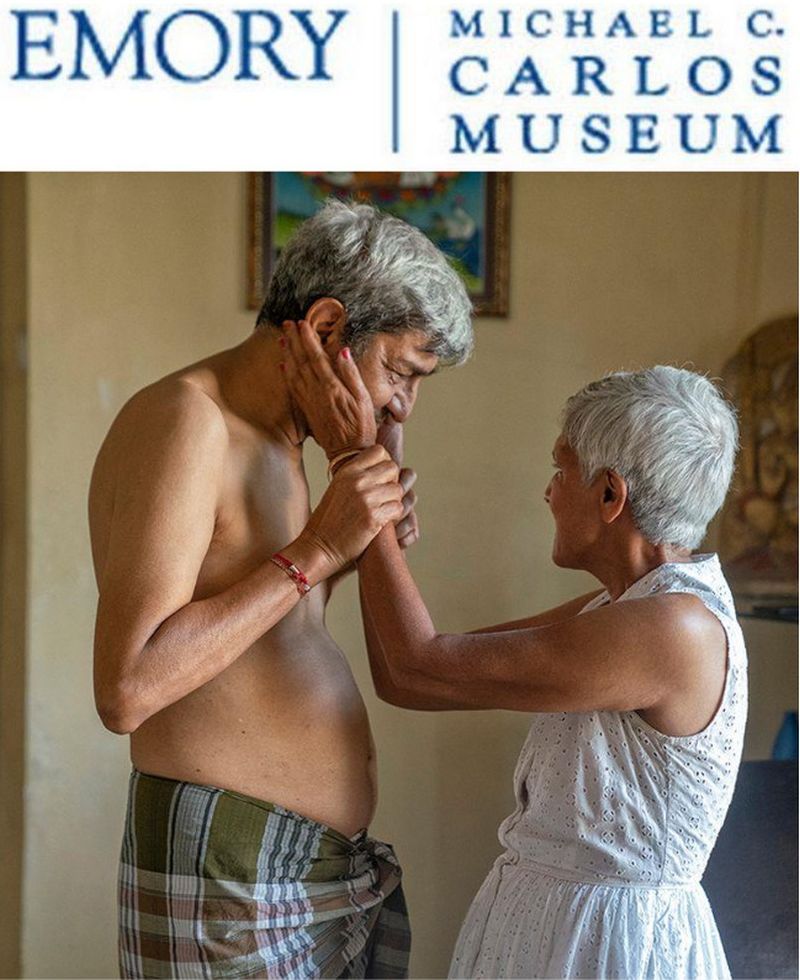 In her series titled Loss and Resurrection, lens-based artist and photographer Manjari Sharma documents her mother’s on-going battle against (Frontotemporal) dementia. In conversation with Dr. Whitney Wharton, a cognitive neuroscientist at Emory’s Nell Hodgson Woodruff Nursing School, and Dr. Candy Tate of Emory’s Center for Creativity and the Arts who has been involved with Alzheimer’s in the Black community, Manjari will discuss the images from a number of perspectives—that of a daughter trying to process what is happening to her mother and her family through her artistic medium of photography, a neuroscientist who sees in the photographs not only discernable stages of the disassembling caused by the illness, but the relationships between patients and caregivers, and even the cultural and racial aspects of the disease that often remain unspoken and unacknowledged.

Sharma’s large-scale photographs of Hindu deities are featured in the exhibition Transcendent Deities of India: The Everyday Occurrence of the Divine

CONNECT TO THE TALK