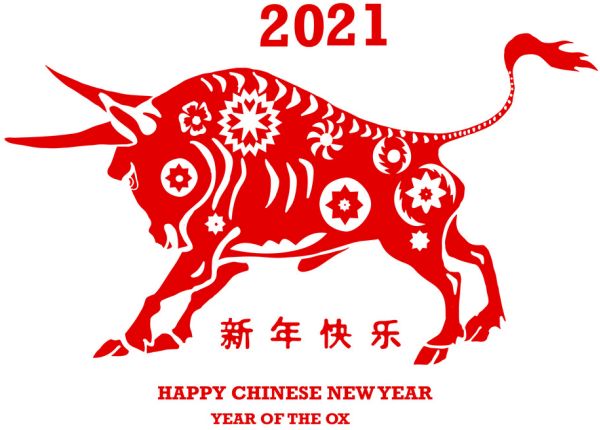 Lunar New Year 2021: Ushering in the Year of the Ox

Chinese New Year celebrations are not limited to China. The Lunar New Year is celebrated all over the world. In East and Southeast Asia, Brunei, Indonesia, Laos, Malaysia, North Korea, Singapore, South Korea and Vietnam put on festivities. During South Korea’s Lunar New Year, which is called “Seollal,” Koreans will don traditional garb call Hanbok and play a traditional board game called Yunnori. During Vietnam’s “Tet Nguyen Dan,” Vietnamese clean their homes to get rid of bad luck and eat banh chung, a sweet sticky rice. Traditions and customs vary by country, but across the board the holiday centers on reuniting with family and honoring ancestors.

Some organizations may hold special contests or make announcements to coincide with Chinese New Year. For example, some newspapers or magazines may announce the top 10 Chinese restaurants in a city or town on Chinese New Year.

It is customary for many Chinese-American families to spend time together and exchange gifts, including money wrapped in red and gold packages that are usually given to children.