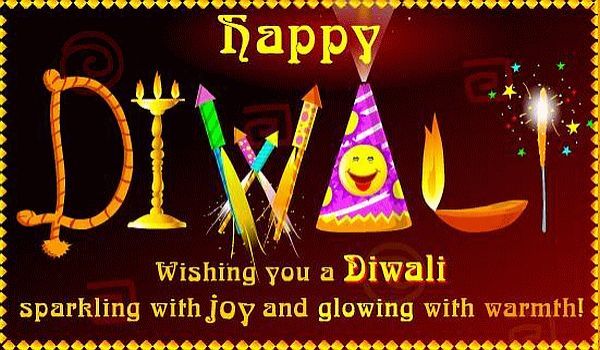 Deepawali or Diwali is certainly the biggest and the brightest of all Hindu festivals. It’s the festival of lights (deep = light and avali = a row i.e., a row of lights) that’s marked by four days of celebration, which literally illumines the country with its brilliance, and dazzles all with its joy. Each of the four days in the festival of Diwali is separated by a different tradition, but what remains true and constant is the celebration of life, its enjoyment and goodness.

For many Indians this five day festival honours Lakshmi, the goddess of wealth.

People start the new business year at Diwali, and some Hindus will say prayers to the goddess for a successful year.

Lamps are lit to help Lakshmi, the goddess of wealth, find her way into people’s homes.

They also celebrate one of the Diwali legends, which tells of the return of Rama and Sita to Rama’s kingdom after fourteen years of exile.

In India Hindus will leave the windows and doors of their houses open so that Lakshmi can come in. Rangoli are drawn on the floors rangoli are patterns and the most popular subject is the lotus flower.

The festival celebrates the victory of good over evil, light over darkness and knowledge over ignorance, although the actual legends that go with the festival are different in different parts of India:

• In northern India and elsewhere, Diwali celebrates Rama’s return from fourteen years ofexile to Ayodhya after the defeat of Ravana and his subsequent coronation as king.
• In Gujarat, the festival honors Lakshmi, the goddess of wealth.
• In Nepal Diwali commemorates the victory of Lord Krishna over the demon king Narakaasura.
• In Bengal, it is associated with the goddess Kali.