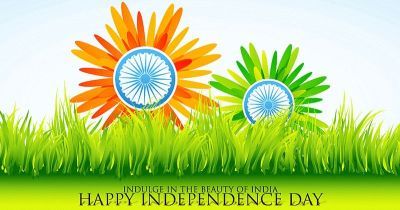 India Independence Day is observed annually as a national holiday commemorating the nation’s independence from British rule on August 15, 1947. India attained freedom following an independence movement noted for largely nonviolent resistance and civil disobedience led by the Indian National Congress. Independence coincided with the partition of India, in which the British Indian Empire was divided along religious lines into the Dominions of India and Pakistan; the partition was accompanied by violent riots and mass casualties.

Independence Day is a day when people pay homage to their leaders and those who fought for India’s freedom in the past. The period leading up to Independence Day is a time when major government buildings are illuminated with strings of lights and the tricolor flutters from homes and other buildings.