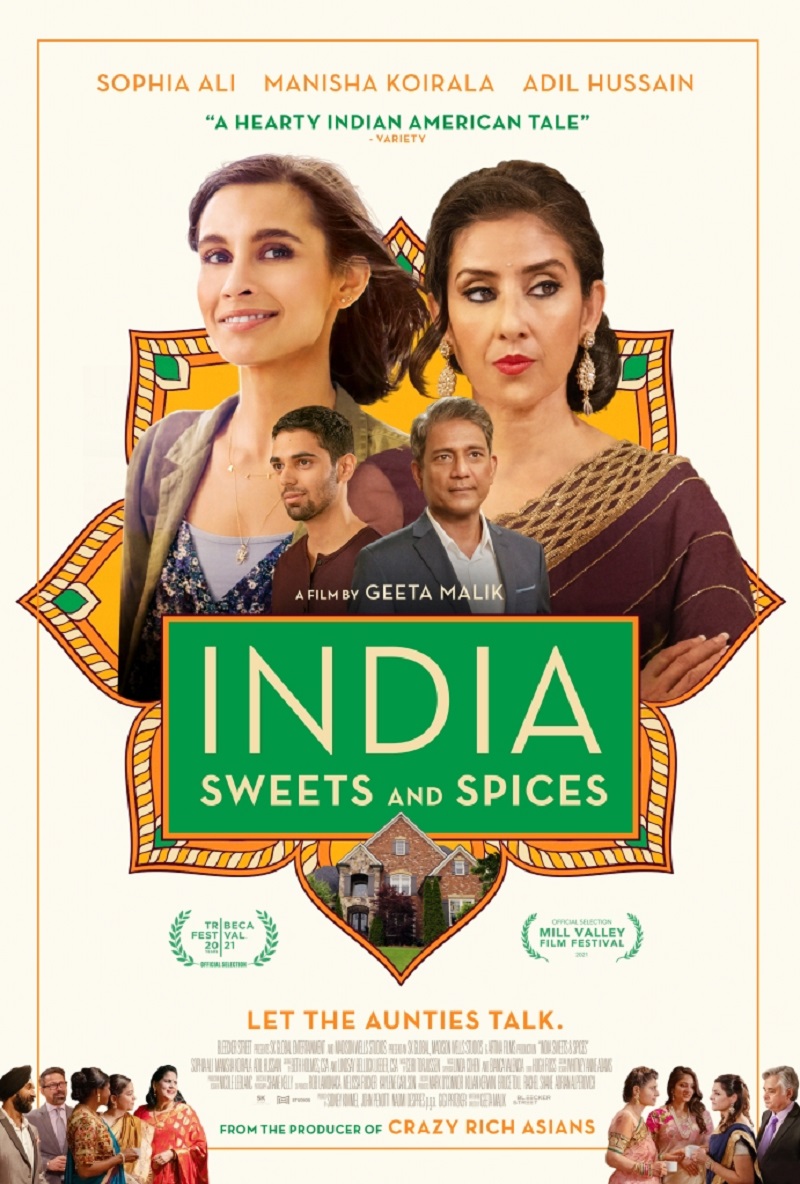 Be sure watch AVS this Saturday for interviews and more

About Movie
On her summer break from college, outspoken Indian American freshman Alia returns home to her wealthy New Jersey suburb and for the first time pushes back against her parents’ pretentious lifestyle. After a year at UCLA, she’s eager to trade in the family’s lavish Saturday-night dinner parties and the gossiping “aunties” of her community for a more meaningful existence—even if she doesn’t quite know what that looks like yet. When Alia meets Varun (Rish Shah), the handsome son of local shopkeepers, she impulsively invites him to her straitlaced mother’s upcoming extravagant soiree, and accidentally uncovers a pair of family secrets in the process.

In this fresh take on the classic coming of age story, writer-director Geeta Malik brings a tongue in cheek sense of humor and an acute understanding of class privilege to an award winning script. And actress Sophia Ali delivers a charming performance as the rebellious leading lady who confronts her parents’ values in order to understand her own evolving identity. —Lucy Mukerjee

Directed by Geeta Malik
Geeta Malik is an award-winning writer and director whose accolades include the inaugural Academy Gold Fellowship for Women and the Academy Nicholl Fellowship. Malik wrote and directed India Sweets and Spices. She received her master’s from University of California in Los Angeles’ film program.