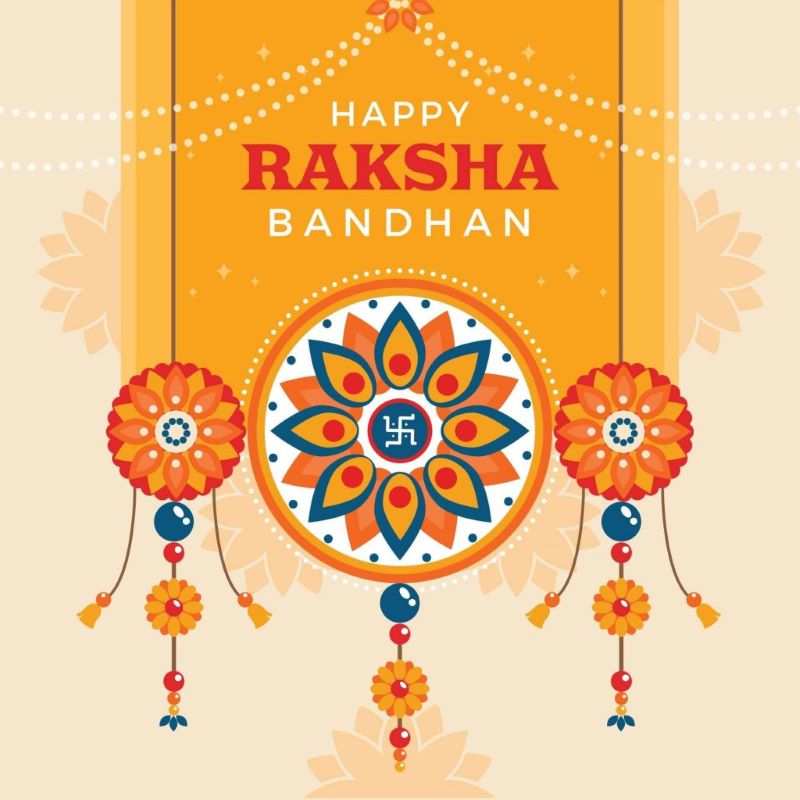 Raksha Bandhan, (the bond of protection) or Rakhi is a Hindu festival primarily observed in India, Mauritius and Nepal, which celebrates the relationship between brothers (shaurya), cousins and sisters(shreya).

It is also called Rakhi Poornima in most of India and celebrated in some parts of Pakistan. The festival is observed by Hindus and some Sikhs.

The festival celebrates the love and duty between brothers and sisters. It is also popularly used to celebrate any brother-sister type of relationship between men and women who may or may not be biologically related. On Raksha Bandhan, a sister ties a rakhi (sacred thread) on her brother’s wrist with a prayer for his prosperity and happiness. This symbolizes the sister’s love for her brother.