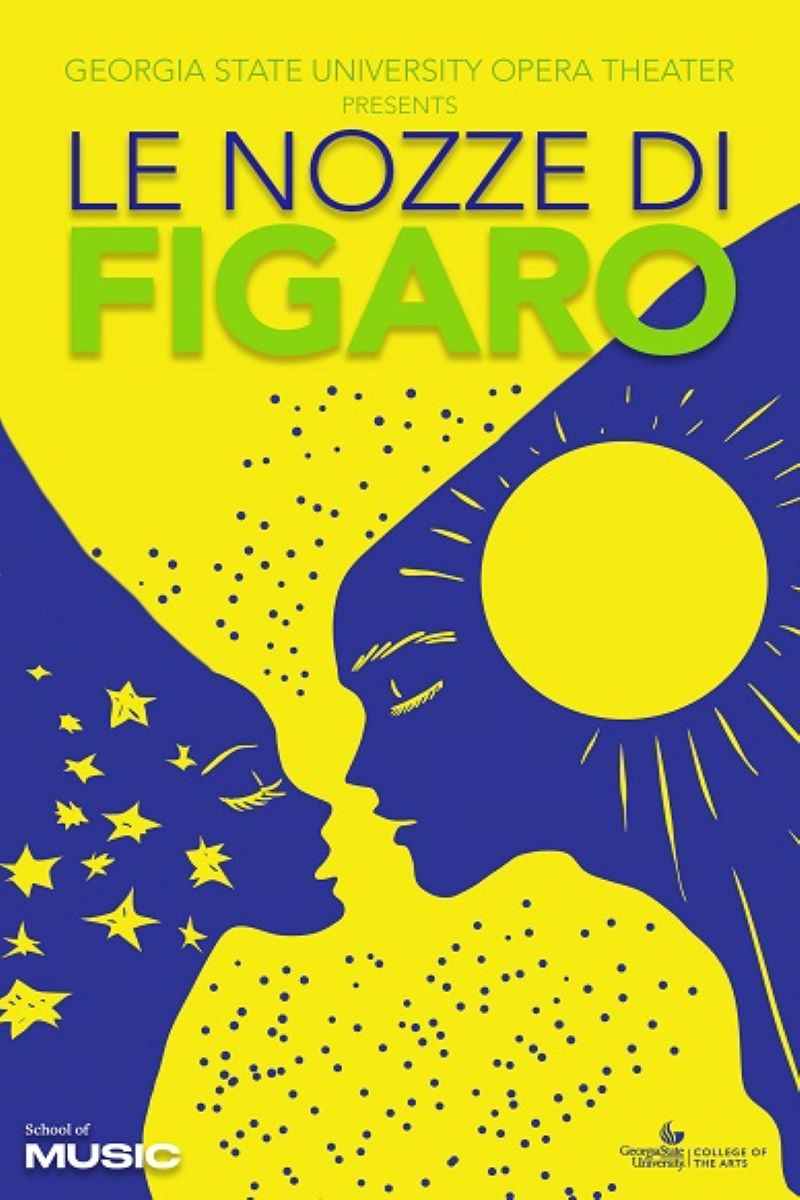 On the morning of his wedding, the valet Figaro learns that his young lord, the Count Almaviva, has romantic designs on his bride-to-be, the lady’s maid, Susanna. Figaro vows to frustrate his lord’s plans, and to teach the scoundrel a lesson. True to opera buffa traditions, the story involves half-baked plans, clever deceptions, mistaken identities, and moonlit romantic intrigues that lead to schooling all around.

W.A. Mozart and Lorenzo Da Ponte’s delightful comedy Le nozze di Figaro (1786) is based on Pierre Beaumarchais’s controversial 1778 play of the same title. A true Enlightenment-era artwork, and a sequel to his play The Barber of Seville, Beaumarchais’s play was initially banned by Louis XVI from performance in France due to its subversive political themes. Da Ponte’s libretto adaptation tones down Beaumarchais’s political criticism in favor of its comedic elements. It’s Mozart’s glorious music, however, that gives depth and humanity to the beloved characters.

Both play and opera present all of humanity as susceptible to foolishness and folly, but also with great capacity for love and forgiveness.

About Rialto Center for the Arts

Georgia State University’s Rialto Center for the Arts is an 833-seat performing-arts venue located in the heart of the Fairlie-Poplar district in downtown Atlanta. The venue is home to the Rialto Series presenting the best of national and international jazz, world music and dance, School of Music performances, Atlanta Film Festival and many others.