Miguel Zenón and the GSU Jazz Band at Rialto 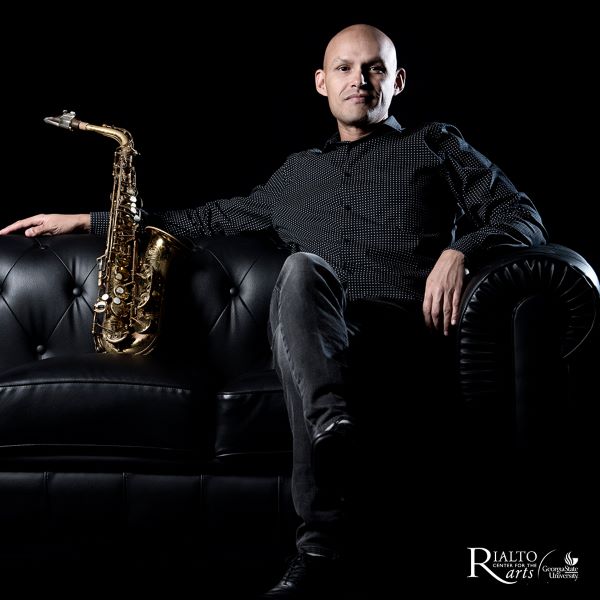 Multiple Grammy-Nominee and Guggenheim and MacArthur Fellow Miguel Zenón represents a select group of musicians who have masterfully balanced and blended the often-contradictory poles of innovation and tradition. A native of San Juan, Puerto Rico and resident of New York, Zenón is widely considered as one of the most groundbreaking and influential saxophonists of his generation. He has also developed a unique voice as a composer and as a conceptualist, concentrating his efforts on perfecting a fine mix between Latin American Folkloric Music and Jazz. This promises to be an unforgettable evening of music!

About Rialto Center for the Arts

Georgia State University’s Rialto Center for the Arts is an 833-seat performing-arts venue located in the heart of the Fairlie-Poplar district in downtown Atlanta. The venue is home to the Rialto Series presenting the best of national and international jazz, world music and dance, School of Music performances, Atlanta Film Festival and many others.