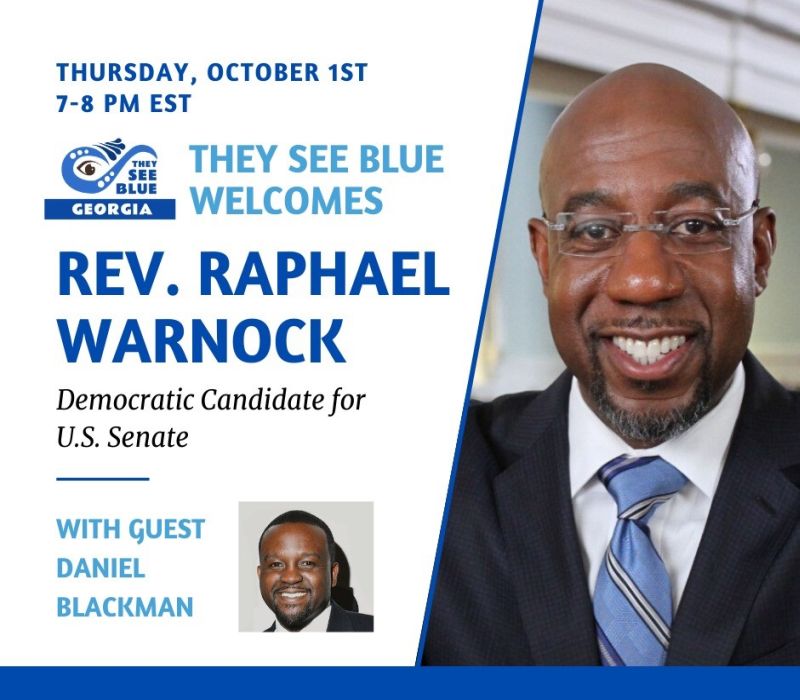 About Speakers
Reverend Warnock is the Democratic front runner in the 21-candidate November 3 “jungle” primary to fill the last two years of retired Senator Johnny Isakson’s term. In the special election, candidates from all parties run against one another. The two candidates who garner the highest votes advance to the runoff race on January 5. Any candidate (regardless of party) that wins 50% plus 1 votes will win the race outright. This seat is currently held by Republican Kelly Loeffer, who Governor Brian Kemp appointed in December of last year.

Warnock is the senior pastor at Ebenezer Baptist Church in Atlanta and a noted civil rights activist. He gave the closing prayer at President Obama’s second inaugural prayer ceremony, and presided over the celebration of life for Congressman John Lewis. They See Blue Georgia has endorsed him over the other seven Democratic candidates.

Daniel Blackman is the first African American to run for office in Forsyth County. He was appointed by the Chairman of the National Wildlife Federation to serve on an Environmental Police Commission co-sponsored by members of the United States Congress to address renewable energy and public health issues in disadvantaged communities throughout America. He is a board member of the ACLU of Georgia. 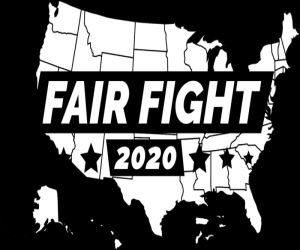